In a recent decision and opinion authored by Judge Frank Bailey of the United States Bankruptcy Court for the District of Massachusetts, a Sullivan Legal, PC Debtor client was able to wholly avoid a secured claim of $250,000 by a creditor that obtained its lien by way of an attachment following a judgment.  Using a procedure commonly referred to as "lien stripping" or "judicial lien avoidance" under 11 U.S.C. Section 522(f), Attorney Sullivan filed a motion asserting that the creditor's lien impaired the Debtor's homestead and therefore should be removed from her property.  The creditor opposed the motion to avoid judicial lien citing an opinion issued by the First Circuit Bankruptcy Appellate Panel nearly 20 years ago that had ruled that for the purpose of lien avoidance a debtor's interest in property held as tenants by the entirety must be valued at 100% of the fair market value of the property itself, because a debtor owning a property as tenants by the entirety under Massachusetts law is deemed to own 100% of the property.   In response, Attorney Sullivan challenged the rationale of the First Circuit Bankruptcy Appellate Panel, which was not a decision binding on the Bankruptcy Court and argued that the statute requires the Court to determine the value of "Debtor's interest in the property" not the value of the property itself.  Further, Attorney Sullivan posited that the value of the Debtor's interest in the property is much less than the value of the property itself because Debtor's rights in the property are limited by her non-debtor spouse's rights.  Specifically, under Massachusetts law, where a home is held by a married couple as tenants by the entirety both spouses own 100% of the property, both have a right to possession of the property, and the spouse that survives the other is automatically vested with sole ownership of the entire property.  These rights can only be severed by 1) a consensual transfer of the property or mortgage of the property, 2) divorce, or 3) death.  Judge Bailey agreed and held that for the purposes of 11 USC Section 522(f) the interest of a Debtor in property held as tenants by the entirety shall be presumed to be 50% of the value of the Property itself, unless either party submits evidence to rebut such presumption.  Valuing Debtor's interest in the Property at 50% of the stipulated fair market value, the value of the Property less consensual mortgages and other encumbrances did not exceed Debtor's homestead exemption of $500,000, therefore the entire lien held by the creditor was avoided and treated as unsecured. 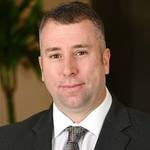 Over the past 18 years, I have developed my practice, focusing primarily in the areas of construction law, bankruptcy, commercial litigation and real estate law. I often represent owners, general contractors, subcontractors and material suppliers relative to all phases of construction, from contr...

Thank you for contacting us. We will get back to you shortly.

Please complete all required fields below.

We'll gladly discuss your case with you at your convenience. Contact us today to schedule an appointment.